THE FUTURE OF VR IN 4 POINTS

There’s no doubt thadt Virtual Reality is the next big thing. But what will the future of VR look like? Some people believe that it will eventually become a part of our everyday lives, while others think it will only be used for specific applications. No one really knows for sure, but it’s an exciting technology to watch! In this blog post, I’ll take a closer look at some of the possible uses for VR beyond video games and discuss why I think it’s such a significant development.

VR is a revolutionary way to modernize healthcare, with one of its most important uses being training.

Through virtual Reality, specialists can learn and grow in realistic environments that simulate life outside the hospital walls; they will be better prepared when it’s time for the action, inside actual hospitals or other clinical facilities where things may not always go as planned.

VR is being utilized in the treatment of phobias and anxieties. With this new technology, patients can work through their problems without any fear that they will experience what’s causing them distress while working on these issues with an expert by your side.

Virtual Reality has come to fruition as an innovative way for designers and engineers alike to test out designs before they invest thousands of dollars in production in the world of car manufacturing. With this new technology comes many benefits, such as saving both time and money by creating prototypes that can be seen in 3D right away, eliminating costly mistakes made during early development stages where humans inevitably make them anyway.

Ford, Audi, and Tesla are taking this step further, allowing their customers to sit in 3D Carn Models and use some features with the help of VR headsets.

The use of Virtual Reality is changing the way architects design buildings. Instead of just visualizing what they’re building and then trying to build it, with this new technology, designers can walk around in their desired space before anything even exists, making necessary changes while understanding how spaces will feel when completed.

In order to help clients visualize both space and data in three dimensions, Ennead Architects, New York, used Virtual Reality. For instance, it uses colored blocks that display what areas of their proposed Shanghai Planetarium will receive the most light, with redder blocks signifying more exposure.

The use of virtual Reality in the sports industry has been increasing, especially for players and coaches. They can use it to train across various types of games as they can watch certain situations play out repeatedly until their performance improves each time. Some people feel that it might help measure athletic performance better than traditional methods while also allowing you access to game scenarios virtually when injured, so there’s no absence from practice sessions due to lack of equipment/injury worries, etc.

Virtual Reality also is being used to make sports games more immersive. For example, the NBA has created an app that lets you experience what it’s like from your perspective as one of their players. 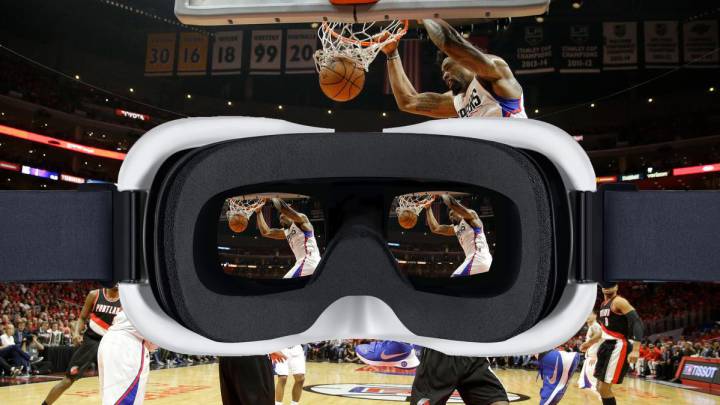 Although Virtual Reality is still in its early stages, I think it has the potential to become a part of our everyday lives. It’s already being used for Healthcare, Automotive, Architecture, and Sports.I believe that it will eventually be adopted by businesses and consumers alike. VR offers an immersive experience that any other medium can’t replicate, and I’m excited to see what the future holds for this exciting technology! Have you tried out VR yet? If not, make sure to subscribe to our newsletter so you can stay up-to-date on all the latest news and developments.

No comments to show.